The particular font for a brand, as a component of the company's style, is strongly associated with the products supplied. Buyers can build an impression about the company as a whole based on the distinctive qualities of the writing style. 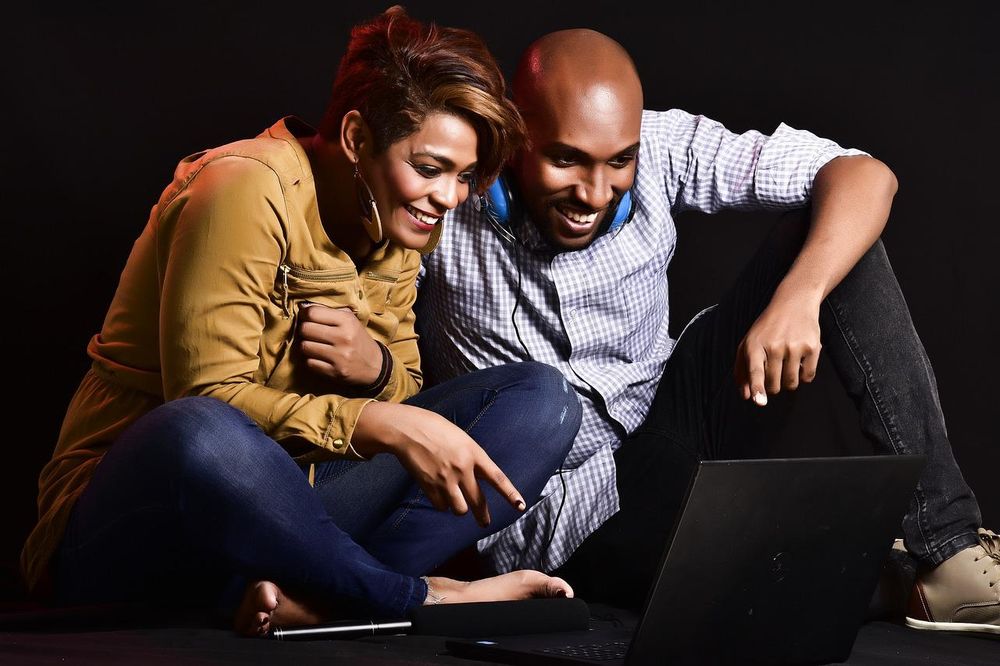 Are you looking for a typeface that will make your designs easier to read or perhaps just to give them a more minimalist feel? You should choose a monospaced typeface for this purpose.

Graphic designers enjoy using monospaced fonts in unexpected places and in groups of tiny texts. In fact, this is a fantastic trend since, while such typefaces are typically connected with programming and computers, they may greatly enhance a project when compared to other objects.

In this article, we’ll look at 7 of the most popular monospaced fonts for a range of applications that we found on MasterBundles. From common programming typefaces to more intricate monospaced fonts that are ideal for more imaginative designs, we’ll cover it all.

What Is a Monospaced Font?

A monospaced font, also known as a fixed-pitch, fixed-width, or non-proportional font, has characters and letters that each take up the same amount of horizontal space. They are unlike variable-width typefaces, which feature letters and space that are not all the same width.

Monospaced fonts have been around since the beginning of typesetting for the first printing presses. These fonts were also used in early typewriting and word processing machines because they were able to meet typewriters’ mechanical specifications. The text can become challenging to read because each character has the same amount of space between them, which may make some words look strange. 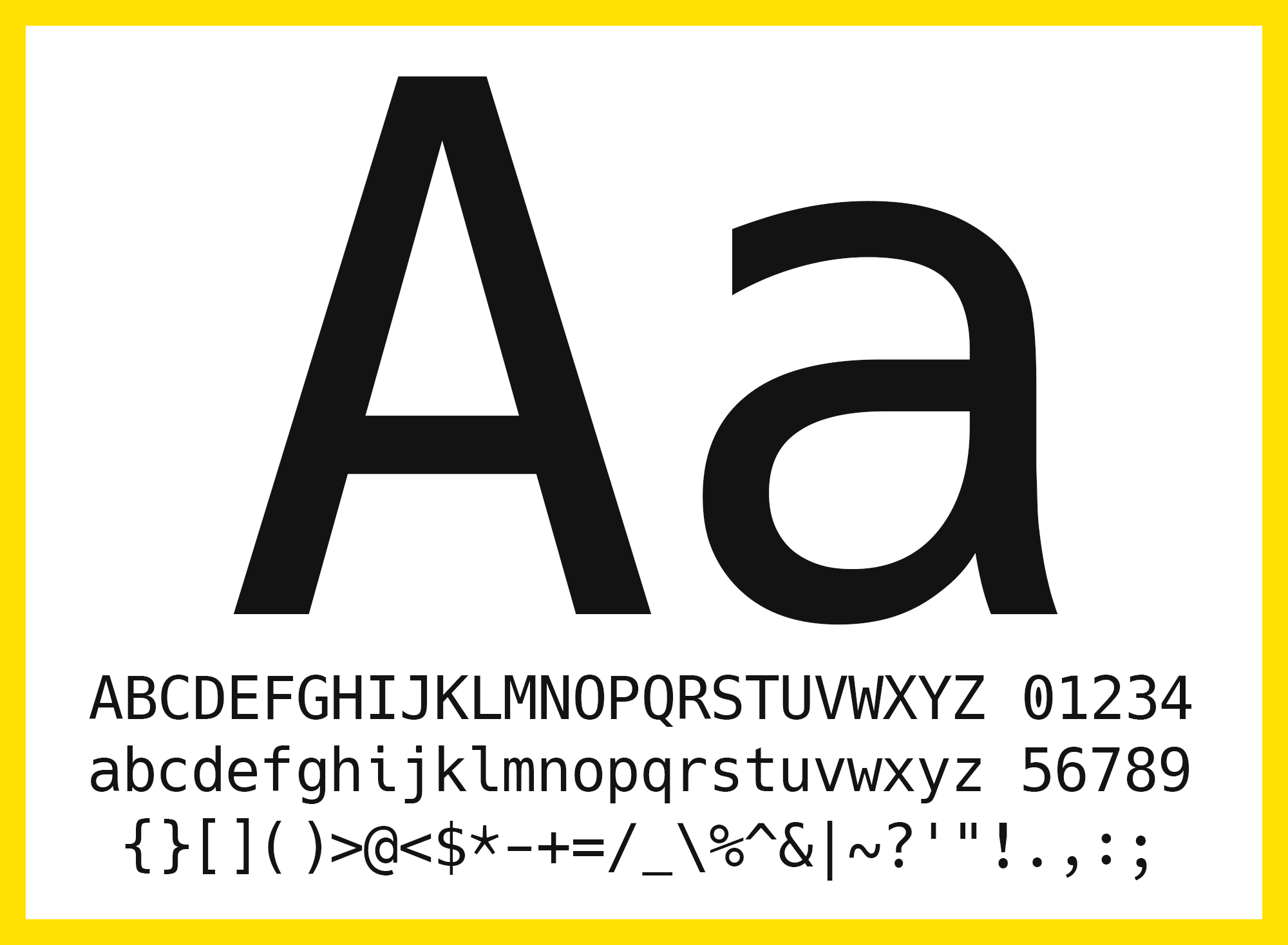 Why Are Monospaced Fonts Definitely a Good Idea?

Despite the fact that many designers are hesitant to employ these unique fonts, this choice could start a new trend in your work. Standard fonts are quite boring, and it’s getting more and more difficult to come up with something original.

Most of these typically cause consumers and site designers alike to feel depressed and hopeless. Increases in brand recognition or sales are not even relevant in this situation!

In this situation, non-standard typefaces are more expressive, and there are also a lot more of them to pick from. However, because the typeface is so important to the brand, every business aspires to employ it more frequently.

If the reader is still unsure as to why to employ vintage monospace fonts from the MasterBundles collection, then the following are a few reasons why this component has great creative potential:

The monospace typeface Aurora Monospaced Serif Font has a warm disposition. It is available in five weights, and the rounded ends give it a cozier vibe than a more sterile monospace. 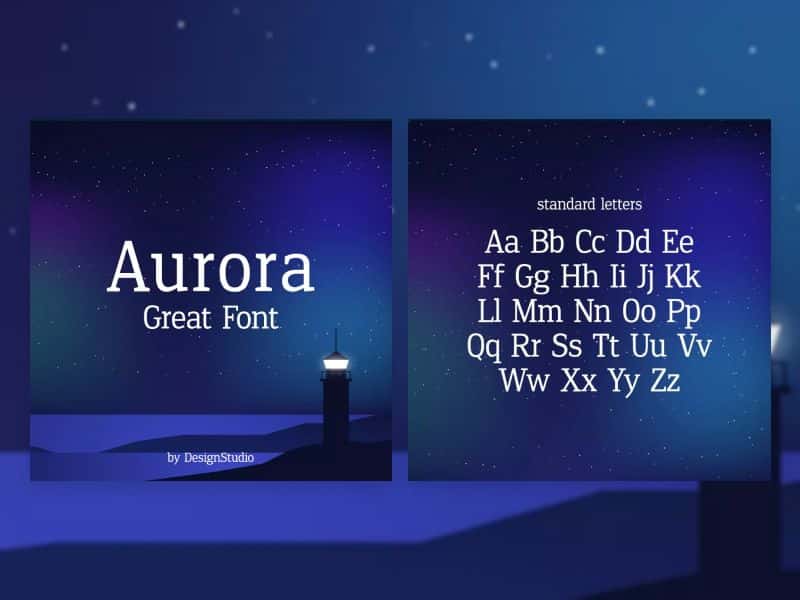 Large inscriptions and multiple headers work best with the rounded, mushy, and flowing monospace font Volcano. The set includes numbers, special characters, uppercase and lowercase letters. According to the typeface’s creator, the inscriptions on the cabinets at vintage music stores served as an inspiration for the design of the font. 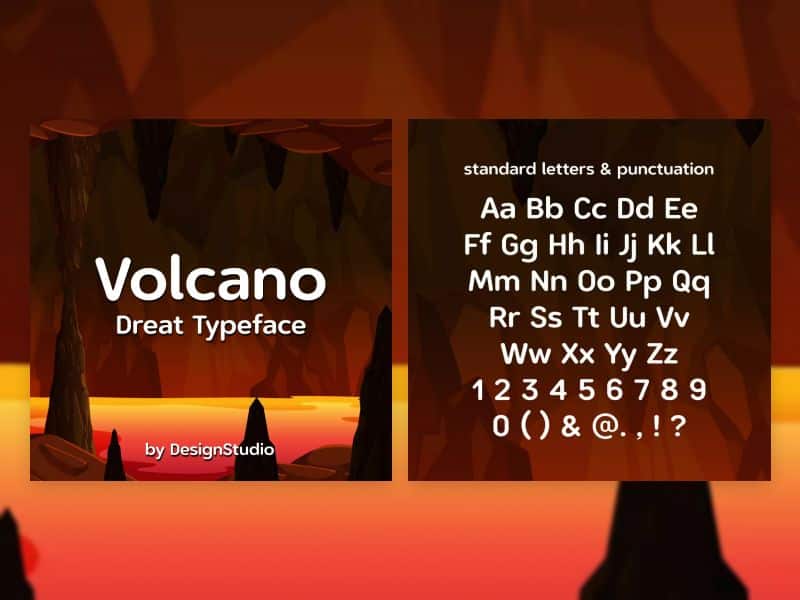 Another “monospaced typefaces” group member who merits special consideration from platform potential is Petrichor. Normal letters, numbers, and punctuation are tidy and distinct, with even character outlines that prevent eye fatigue when reading such a font. 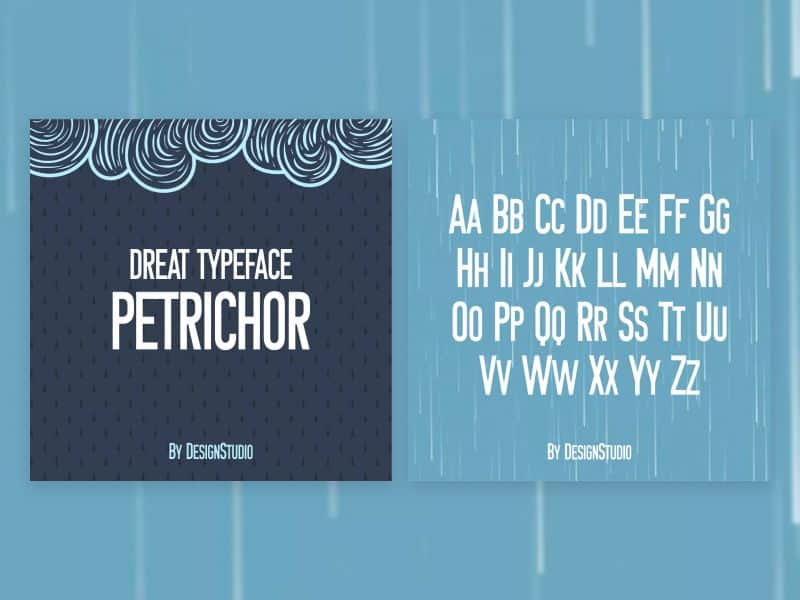 Here is the full set of elegantly long-spaced letters. Depending on the typeface, small case letters and huge case letters might look very similar in terms of style; the only difference is in the character’s size. 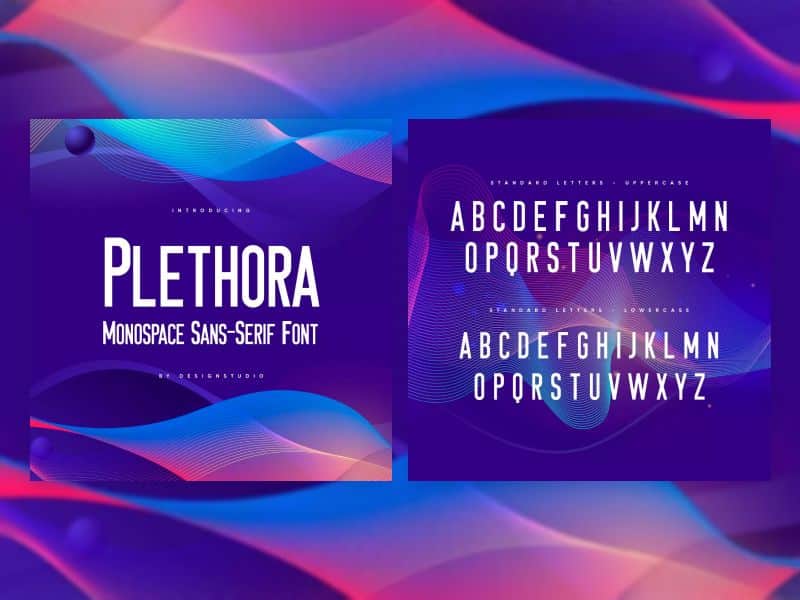 The designers of the Placebo font worked hard to ensure that users would experience the least amount of eye fatigue while reading it. It is currently very in style. Because of the consistent width of the glyphs, the line definition and legibility are unfathomably sharp. If there is a lot of text on the positioning or on any graphic object, this font should be used as the default. 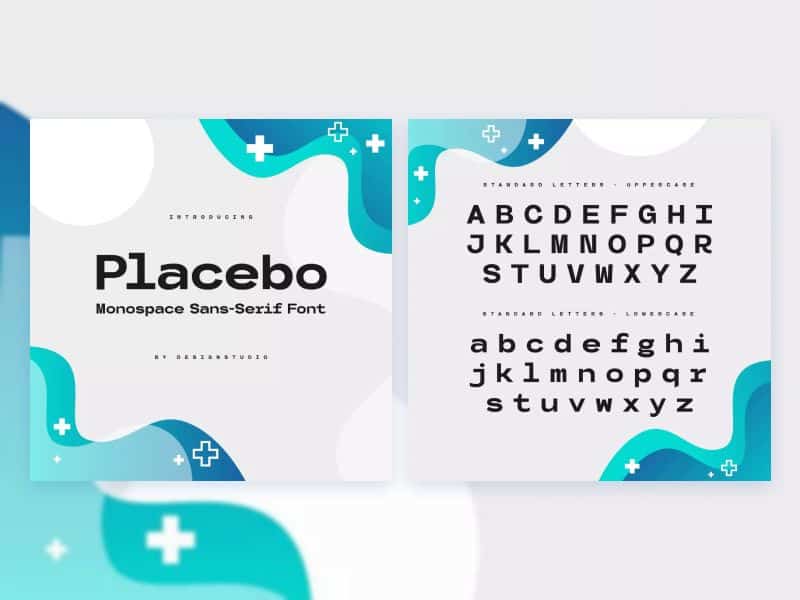 Clean lines, a tidy layout, and distinct letter outlines absolutely scream minimalism in Ingenue, bringing it closer to classical design. When building assets, infographics, and presentations where strictness is required, this typeface may be a useful addition, but the artist should still inject some personality. Please take note that the set only includes uppercase and lowercase letters that are monospaced. 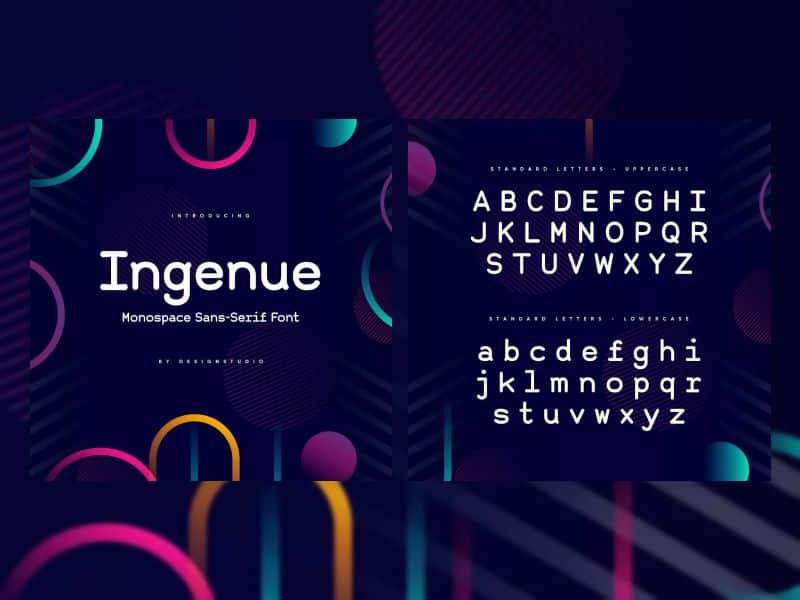 Since the design of each letter deviates greatly from the norm, this typeface certainly cannot be described as traditional. The monospaced nature of it makes it perfect for exhibitions, personalized website designs, and more. The barely discernible shapes of characters, numerals, and specific characters are incredibly eye-catching and draw attention. 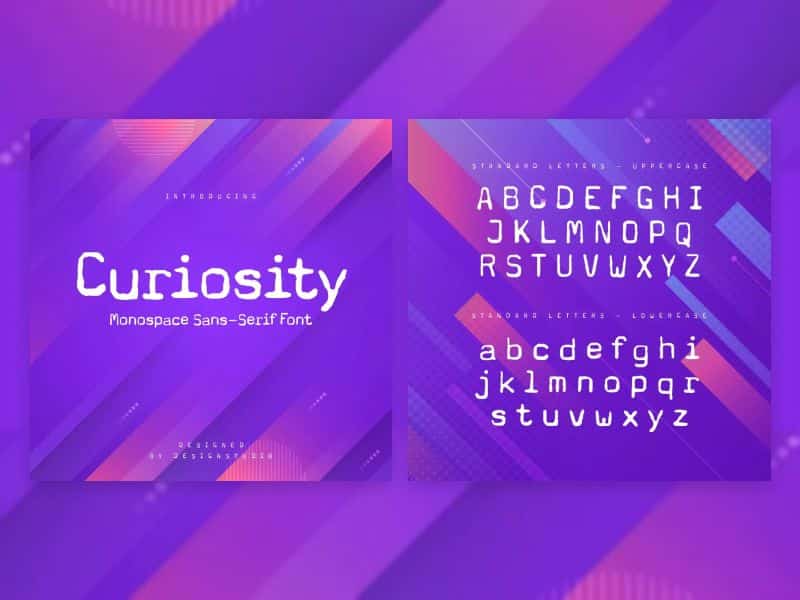 Monospace fonts continue to be favored by web designers, programmers, and even lay people due to its simplicity, consistency, and usefulness. Therefore, using monospaced elements that successfully combine simplicity and attractiveness will allow you to build a readable and pleasant design without having to resort to ornate typefaces with lots of curls or broken edges!

Make sure to look at the selection of MasterBundles fonts to select the top products from a reasonably large selection.